All full-time Mundelein fire fighters are Paramedics as well as fire fighters. To become a paramedic you can attend a class which is held at Advocate Condell Medical Center. To be considered for a paramedic class you be an EMT and take or have taken an Anatomy and Physiology Course, prior to the course The class includes a total of 1097 hours that are broken down into 467 hours in the classroom, 310 hours clinical time in the hospital, and 320 hours on an ambulance. Paramedic students can do ride time at the Mundelein Fire department.

The Mundelein Fire Department provides advanced life-saving emergency medical services. The Department ambulances mainly transport our residents to Advocate-Condell Hospital in Libertyville and/or to Lake Forest Hospital in Lake Forest. Patients wishing to be transported to a different hospital are evaluated case by case and if a resident will only go to another hospital a private ambulance is requested to the scene for the transport. Two examples of private ambulances are Superior Ambulance and Murphy Ambulance.

Advocate Condell Medical Center has been providing high quality care to residents in the north suburbs for more than 80 years. Ranked among U.S. News & World Report’s top hospitals, Advocate Condell is the largest health care provider and only Level I Trauma Center in Lake County, Illinois. Advocate-Condell Medical Center is an Illinois Department of Public Health designated Resource Hospital. All Paramedics within the Advocate-Condell System work under the Project Medical Director. Advocate Condell is a non-profit, acute care hospital offering a full-spectrum of medical services. This includes everything from obstetrics, radiology services and rehabilitation to open heart surgery, neurosurgery and oncology. Recognized for its quick treatment of heart attack patients, Advocate Condell holds full accreditation from the Society of Chest Pain Centers. In addition, Advocate Condell is accredited by the Joint Commission as a Primary Stroke Center. The hospital also features the only dedicated pediatric emergency department in Lake County. With the addition of a new patient tower that opened in 2011, Advocate Condell is the only hospital in Lake County to offer all-private adult patient rooms.

Once a Paramedic completes the course requirements and passes the state exam they become licensed under the Illinois Department of Health. The license is valid for four years; within that time Paramedics must attend continuing education to renew their license. These classes are normally held once per month at their respective fire departments. Classes include a lecture and a practical portion along with a written test. The Paramedic must pass all of these areas to be awarded the hours toward licensure renewal.

Demonstration of the effectiveness of mouth-to- mouth ventilation in 1958 and closed cardiac massage in 1960 led to the realization that rapid response of trained community members to cardiac emergencies could help improve outcomes. The introduction of CPR provided the foundation on which the concepts of advanced cardiac life support (ACLS), and subsequently EMS systems, could be built. The result has been EMS systems designed to enhance the “chain of survival.”

The white paper, “Accidental Death and Disability: The Neglected Disease of Modern Society,” prepared by the Committee on Trauma and Committee on Shock of the National Academy of Sciences— National Research Council, provided great impetus for attention to be turned to the development of EMS. This document pointed out that the American health care system was prepared to address an injury epidemic that was the leading cause of death among persons between the ages of 1 and 37. It noted that, in most cases, ambulances were inappropriately designed, ill-equipped, and staffed with inadequately trained personnel; and that at least 50% of the nation’s ambulance services were being provided by 12,000 morticians.

While doing background research at Los Angeles' UCLA Harbor Medical Center for a proposed new show about doctors, television producer Robert A. Cinader, working for Jack Webb, happened to encounter "firemen who spoke like doctors and worked with them." This concept developed into the television series Emergency!; which ran from 1972 to 1979, portraying the exploits of this new profession called “paramedics.” The show gained popularity with emergency services personnel, the medical community, and the general public. When the show first aired in 1972, there were just six paramedic units operating in three pilot programs in the entire U.S., and the term “paramedic” was essentially unknown. By the time the program ended in 1979, there were paramedics operating in all fifty states. The show's technical advisor, James O. Page, was a pioneer of paramedicine and responsible for the UCLA paramedic program; he would go on to help establish paramedic programs throughout the U.S., and was the founding publisher of the Journal of Emergency Medical Services (JEMS). The JEMS magazine creation resulted from Page's previous purchase of the "PARAMEDICS International" magazine. Ron Stewart, was the shows medical director who was instrumental in organizing emergency health services in southern California earlier in his career during the 1970s, paramedic program in Pittsburgh EMS, substantial role in the founding of Toronto, Canada, paramedic program, and Nova Scotia, Canada, paramedic program.

The Mundelein Fire Department’s first Paramedics pass a class held at Condell Hospital, and the Village of Mundelein purchases its first ambulance.

The paramedic field continued to evolve, with a shift in emphasis from patient transport to treatment both on scene and en route to hospitals. This led to some services changing their descriptions from "ambulance services" to "emergency medical services."

As emergency medicine has evolved a great deal of both the curriculum and skill set has existed in a state of flux. Requirements often originated and evolved at the local level, and were based upon the preferences of physician advisers and medical directors. Recommended treatments would change regularly, often changing more like a fashion than a scientific discipline. Associated technologies also rapidly evolved and changed, with medical equipment manufacturers having to adapt equipment that worked adequately in the hospital environment to be able to cope with the less controlled pre-hospital environment.

Physicians began to take more interest in paramedics from a research perspective as well. By about 1990, the fluctuating trends began to diminish, being replaced by outcomes-based research. This research then drove further evolution of the practice of both paramedics and the emergency physicians who oversaw their work, with changes to procedures and protocols occurring only after significant research demonstrated their need and effectiveness (an example being Advanced Life Support). Such changes affected everything from simple procedures, such as CPR, to changes in drug protocols. As the profession grew, some paramedics went on to become not just research participants, but researchers in their own right, with their own projects and journal publications.

Changes in procedures also included the manner in which the work of paramedics was overseen and managed. In the early days, medical control and oversight was direct and immediate, with paramedics calling into a local hospital and receiving orders for every individual procedure or drug. While this still occurs in some jurisdictions, it has become increasingly rare, with physicians building an increasing confidence and trust in the work of paramedics. Day-to-day operations largely moved from direct and immediate medical control to pre-written protocols or standing orders, with the paramedic typically seeking advice after the options in the standing orders had been exhausted. 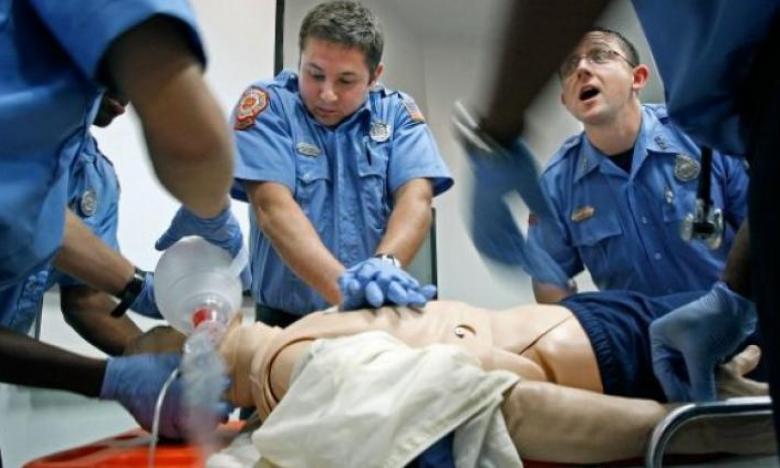