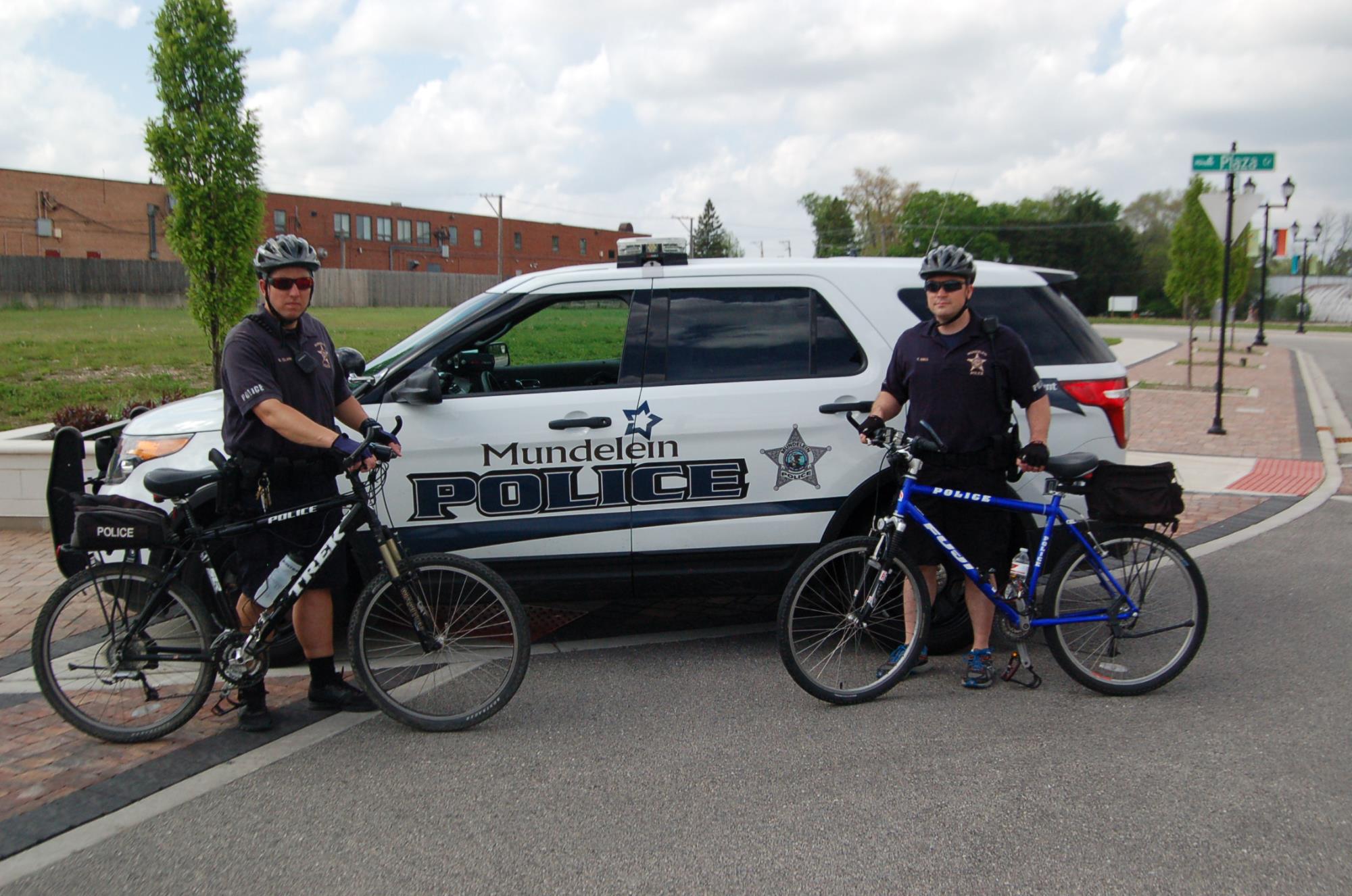 Mundelein utilizes 23 part-time bike patrol officers who have attended an intense 80-hour bike patrol course, which not only teaches bike safety, but also teaches officers how to properly maneuver their bikes in a variety of situations. The bike officers are a great community relations tool. They embrace the idea of community policing by making themselves more approachable and accessible to the citizens of our community.

With the barrier of the squad car removed, the public finds the bike officers more approachable. In addition to routine daily activities, the Bicycle Patrol staffs as many community events as possible such as parades, The Mundelein Days Celebration, Park on Park, bike rallies, and bike safety classes. The Bike Unit also works in conjunction with the Crime Prevention Unit conducting a bike rodeo in the summer.

Their patrol duties include patrolling all of our apartment complexes, village parks and bike paths, as well as areas where vehicular traffic is restricted. The officer's covert ability enables them to ride-up and approach criminal activity without virtually making a sound.

The community has been very receptive to the Bicycle Patrol Officers. Members of the Mundelein Police Department Bicycle Patrol truly believe in the mutual benefits of community policing and look forward to fostering positive community relations for many years to come.